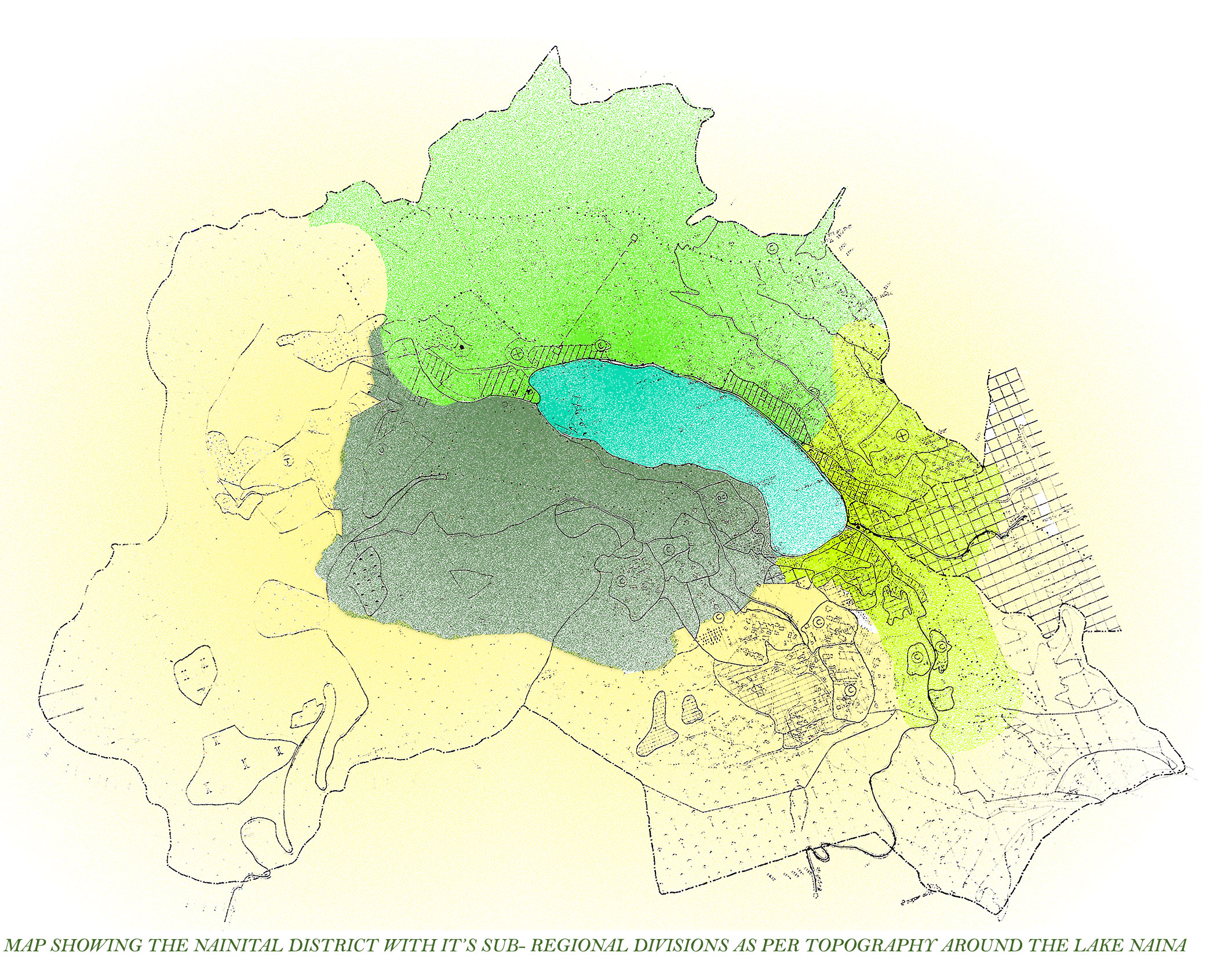 A CASE STUDY OF PHYSIOLOGICAL TERRAINS OF NAINITAL DISTRICT 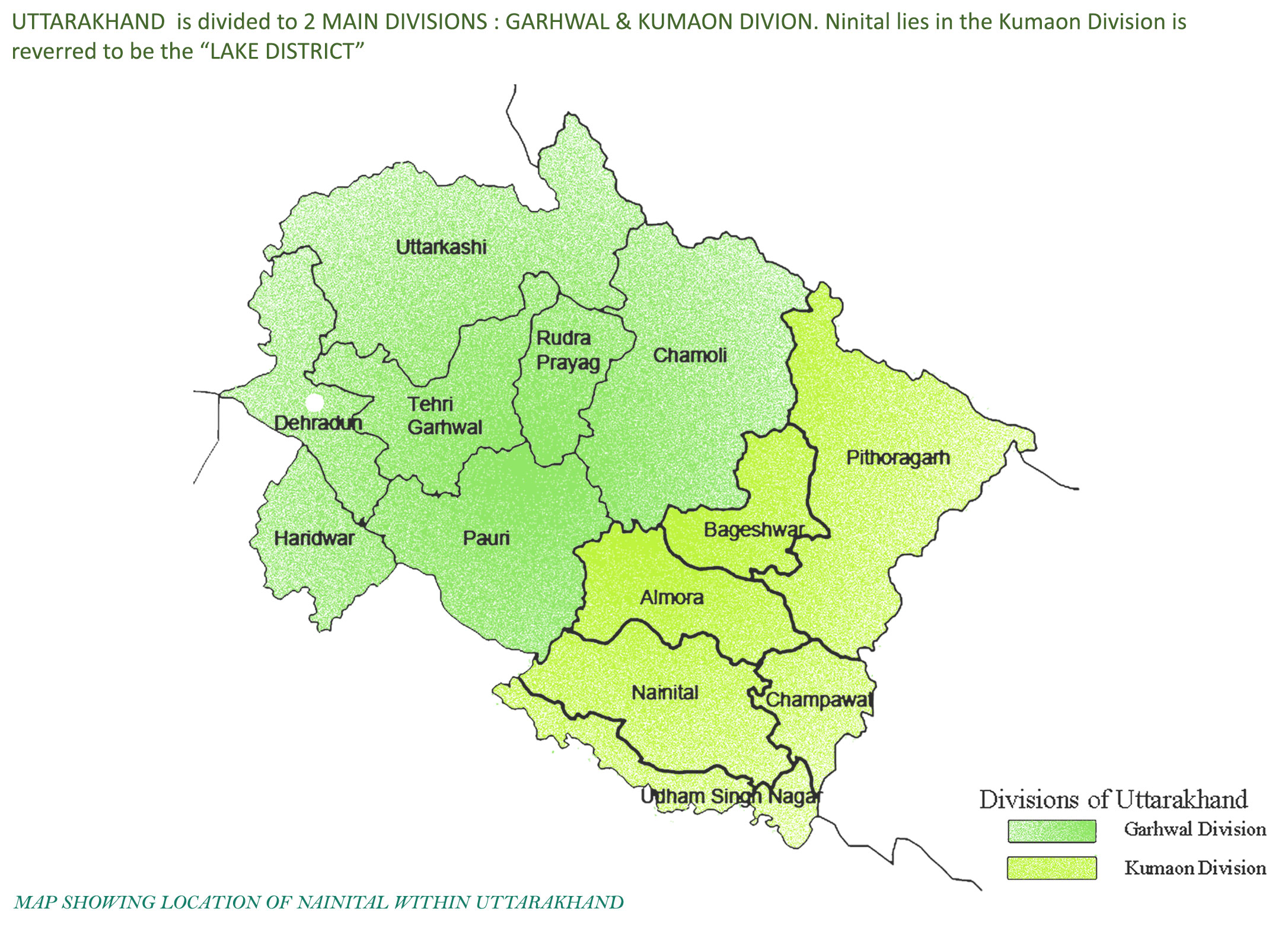 The city is set in a valley around the Nainital Lake – an eye-shaped lake, which is located at an altitude of 1,940 m (6,350 ft) from sea level. Geographically, the town can be divided into THREE parts – Mallital, Tallital, Ayarpatta

The district is named as the Lake District of Uttarakhand since it is situated close to the Naini Lake in the state. The name of the lake originated from the name of Naina Devi, a popular deity in the area. 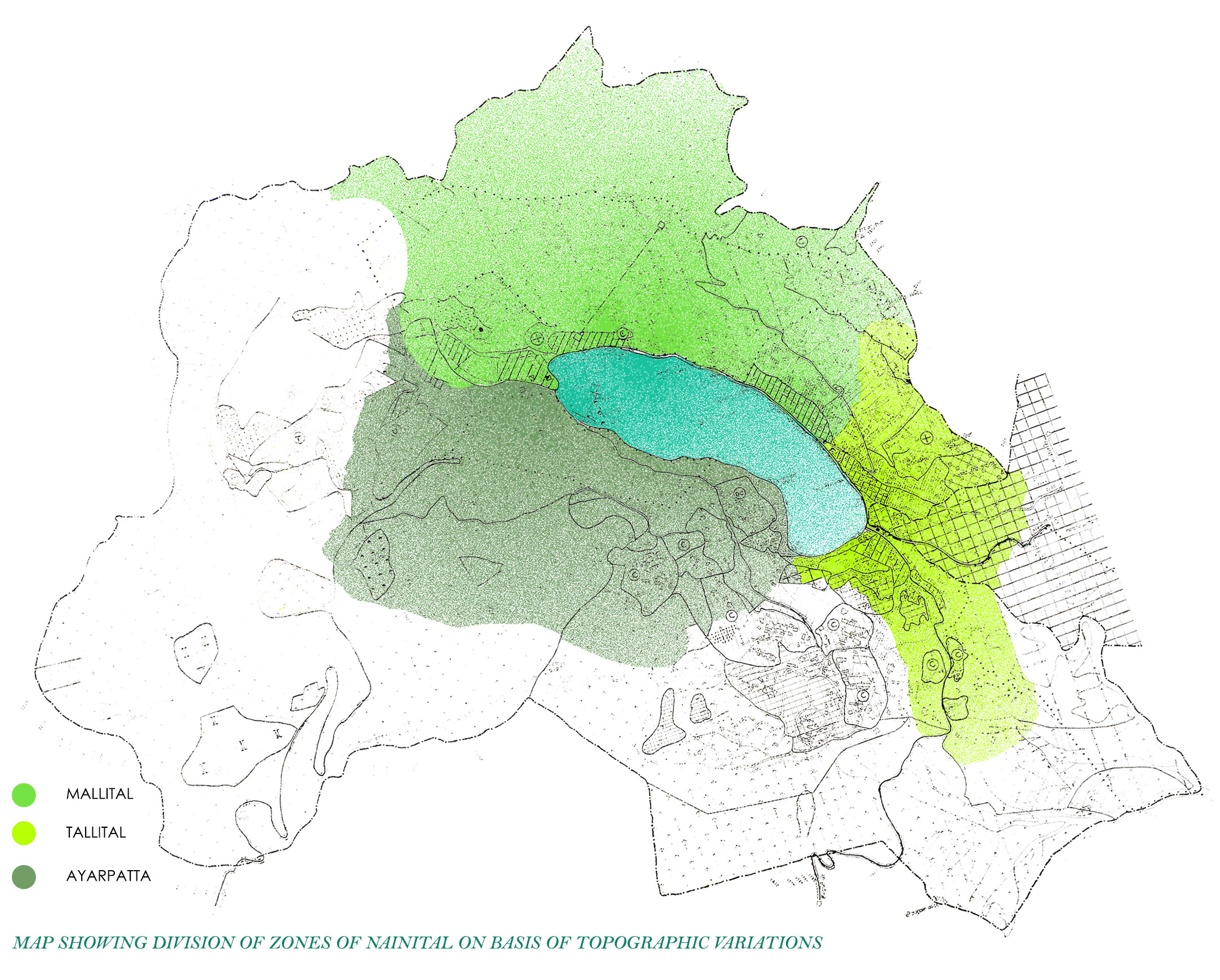 The lake is 1,433 m (1,567 yd) long and 463 m (506 yd) wide, and is approximately two miles in circumference. The bed of the lake is at a depth of 85 m (93 yd) near Pashandevi, the deepest point of the lake. The lake is deduced to have been formed tectonically. Balia Nala, which is the main stream feeding the lake is along a fault line and the subsequent streams align parallel to major joints and faults. 26 major drains feed the lake including the 3 perennial drains.

NAINITAL can be sub- divided into 3 ZONES further based on the distance from Himalayan foothills :

The Thrusts acts as the highest points in Elevations, regulating the topography within. 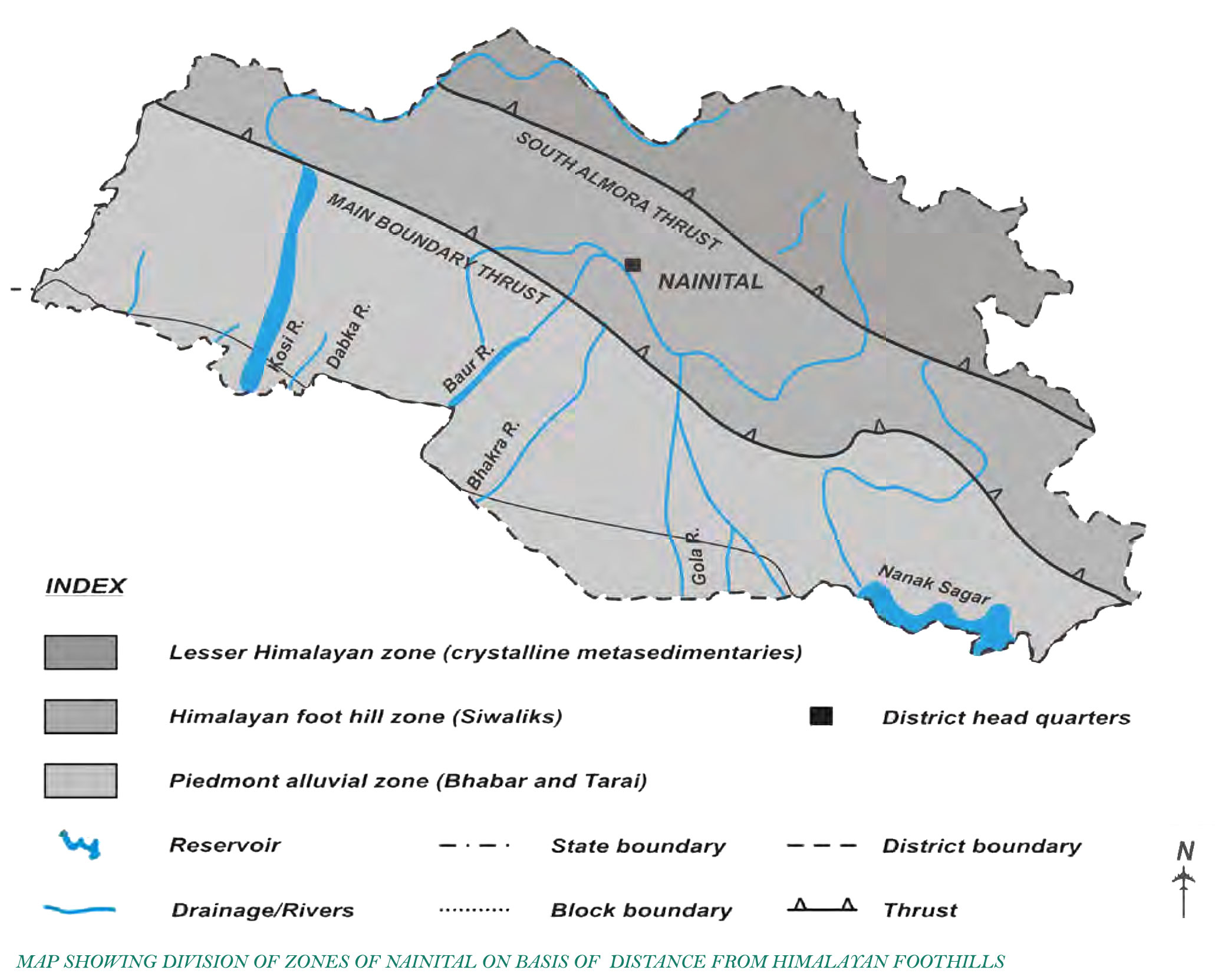 Piedmont Alluvial Plains: This zone is broadly classified into the Bhabar and Tarai formations, which are separated by the spring line.

Bhabar Formation: The formation is mainly comprised of poorly sorted unconsolidated sediments viz, cobbles boulders, gravel, pebbles, sand and silt with intervening clay layers. Clay lenses are of limited extent. The belt exhibits NW-SE elongation. The width of the belt is quite variable. The maximum width (about 21km) is in Haldwani – Kichha (Udham Singh Nagar) section. 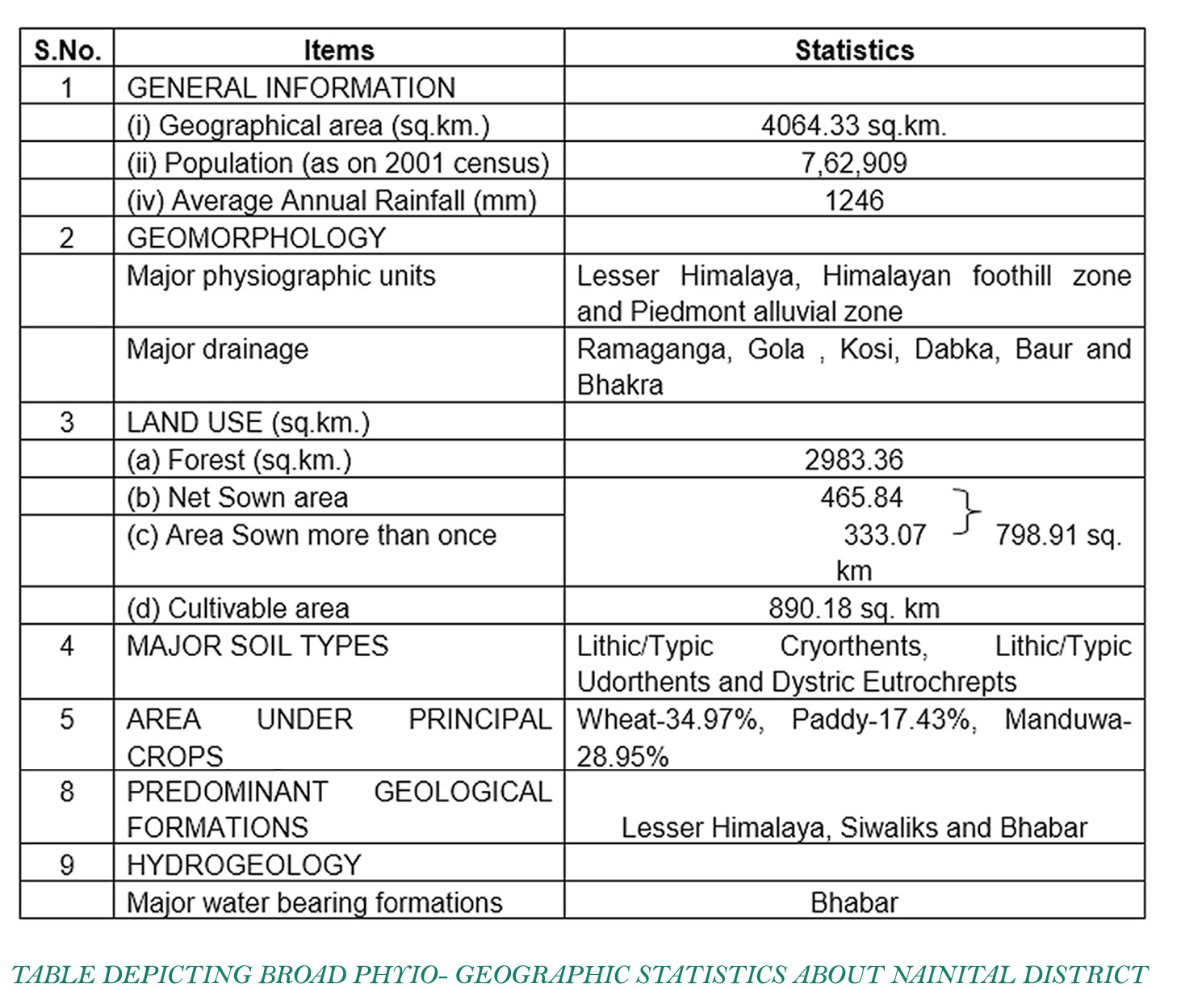 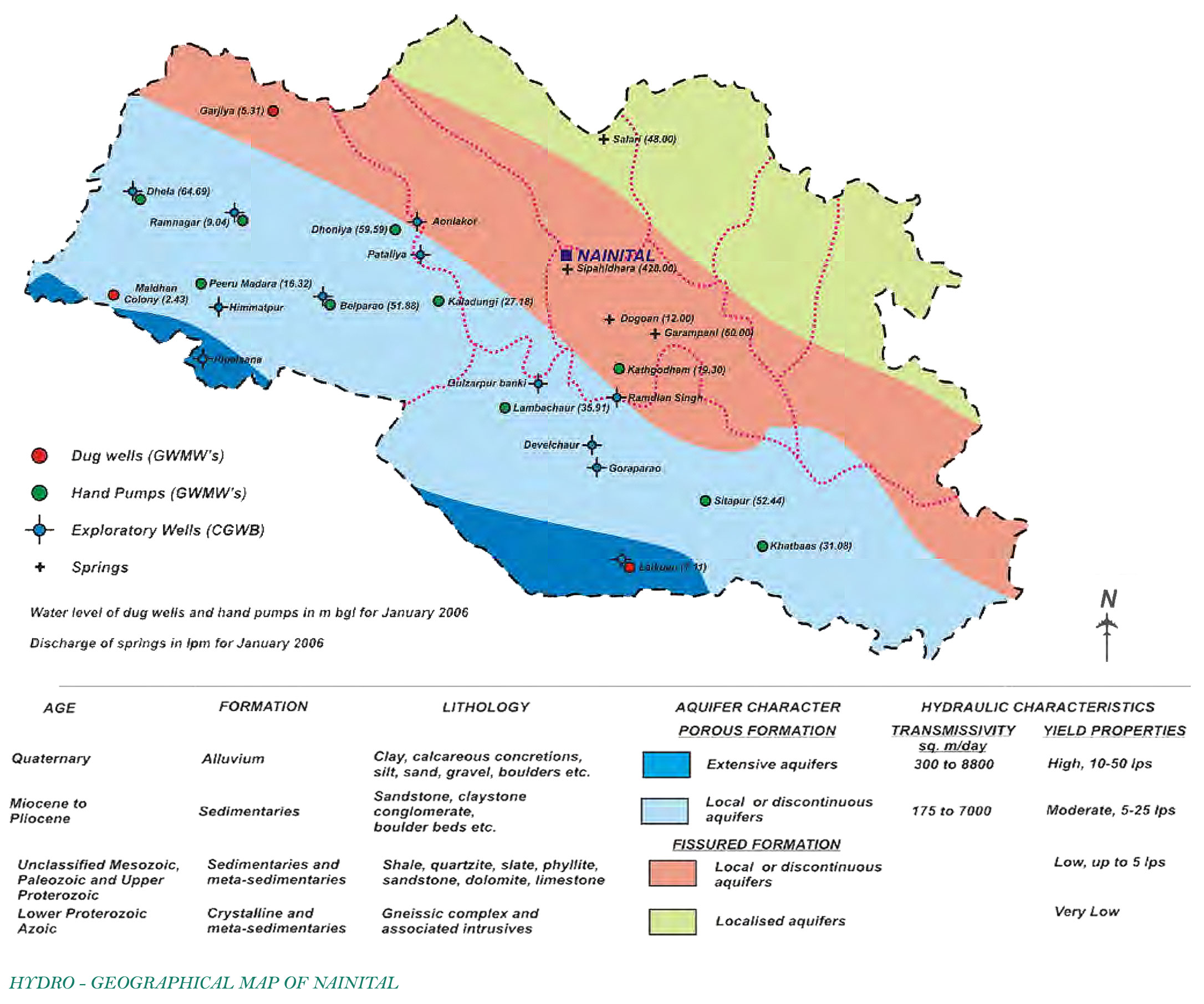 3d Topographic Image depicts Naini Peak at highest level in Kumaon region of Uttarakhand, with Tallital & Mallital at peripheral
East & West terrains higher than Nainital, the lowest level of the three, situated right next to the NAINA LAKE, with Ayarpatta defining the southern periphery of the lake , further descending to further lower terrain zones.

FOR DETAILED INSIGHT TO OUR LANDSCAPE PROJECTS, VISIT :